What Is Fronto Parallel? The Ultimate Guide

Fronto-parallel view of an image refers to the result you get after rectifying warped images. In this case, objects with features whose vertical and horizontal lines are off get aligned. So, you can look at the image as it appears when viewed directly in front of the observer's eyes.

Dive into this article for a keener look at the subject.

Image rectification is applicable in various ways, including:

The primary visual features should be detected early enough along the visual processing pathways to pick entities and relate with them.

An example of quick entity attribute recognition and processing is in saccadic localization. Here, simple 2D target shapes get used. The target receives pictures wholesomely while landing close to the object's COG (center of gravity). We still do this even if the COG is outside the object's body, which places it away from the retinal stimulation region.

Study results suggest that detecting entity shadows by humans is beyond conscious behavior. The results imply a method for quick, unconscious recognition of particular entity features, like size, shadow, and mass. 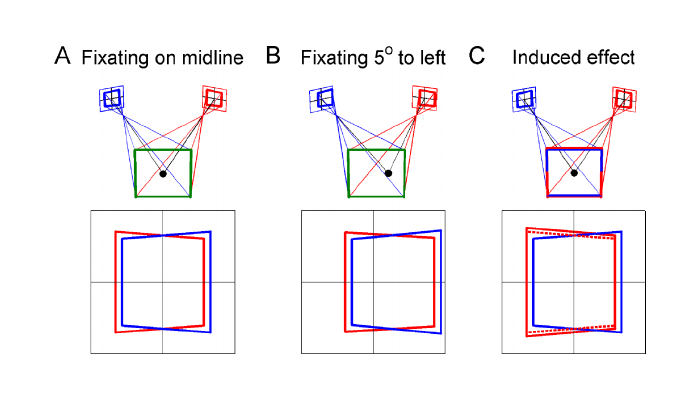 While calibrating your camera, collecting pictures from multiple tilts and positions is crucial. Using a camera focus chart to change your target's location for total and even image area coverage is vital. Try our free online Calibration Pattern Generator for downloadable vector PDFs. Its user-friendly interface and live rendering allow you to customize your pattern with precision and ease.

Have rectified photos and those captured with your target tilted but not exceeding 45 degrees from the baseline and upright position. Tilting beyond this level affects feature localization and forms a basis for biased calibration.

In mosaicing, you take several photos from a similar point of view though from different directions. You then warp all of them to the project plane of the center image. If you combine all the input images with a scene, the optimization will present a complete, harmonious photo spanning an immense angle.

The method of entity reconstruction aims to alter the positions of pixels on a shape. This adjusts the depth and perspective, thus offering an upright appearance.

Precision is essential in selecting correspondence points. Reconstructions involving setting reference points by hand are not as precise. Being slightly off leads to significant ghosting and blur in your output image, so be sure to use the right software.

Photo realignment can help us identify attributes of different things with ease. The same can then help acquire more information and account for past occurrences for future references.