API stands for Application Programming Interface. It is, essentially, a mass of interfaces, packages, and classes in conjunction with their constructions, methods, and fields. Similar to the way that a user interface functions as a method for humans and programs to interact, APIs do this for Java applications to facilitate interaction. 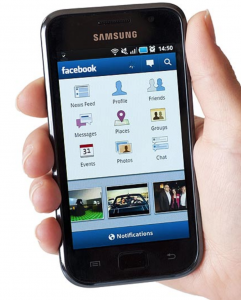 APIs are usually part of the Java development kit, or JDK, and are indescribably useful to application programmers in terms of an app’s functionality. When creating a Java application, you should definitely read and be aware of the applications API and all of its classes, which will help form the app itself and its purpose.

If you want a practical example check out this article about API printing.

Alternatively, this is a fundamental “How to use an API in Java” tutorial. This Java API tutorial will be a basic overview of how to use and read the API and its information in order to serve your app best and use case. For example, APIs are extremely powerful in automating your orders.

Identify the Classes You Want

APIs hold a ridiculous amount of classes. Finding a list of these classes and their functions can be as easy as a Google search, but choosing which classes you want will be difficult. However, as said before, APIs are invaluable to the programmer. Their prewritten functions and classes can significantly shorten the length of lines written into Java code with all the same functionality you need.

Implement Your Classes and Functions

To implement the classes and functions from the Java API, which is included with the Java Development Kit, programmers only need a short line of text and the name of the function inserted into their code. A Java API example is, for instance, the function of “Scanner.” Scanner, as a function, has nothing to do with a physical scanner machine but relates to the scanning of information in an application or on a page. It also allows the Java app to accept input from the keyboard of whatever machine the app functions on. So say you want to incorporate the Scanner class (probably a wise choice). All you need to do is insert “import java.util.Scanner” within your full app code. This will import and implement the Scanner function from the Java API list provided in the JDK.

Opt for a Package of Classes

Another option, referred to as the wild card option is to pick a package that you wish to incorporate all or most of the functions into your design. For instance, if we stick with the idea above, rather than specifically wanting the “Scanner” class, perhaps you want the entire java. Util class. This would not be uncommon—this package includes numerous popular classes aside from 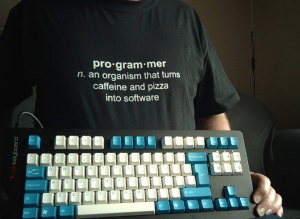 Scanner, such as Array, Formatter, and many others. To implement and import the entirety of the “util” package, you need to insert “import java.util.*;” which will then import all of the functions without needing to list every item.

One massively important Java API is the java.lang package, but luckily for programmers everywhere, this API package is automatically included in the Java set up and does not need a specific import statement. However, it would still be worth reading the classes within the package to see exactly what is already included in the application’s set up.

Aside from the APIs that come with the JDK, there are also multiple other websites and creators who have formed new and different API packages to suit their needs and the needs of others. These can be imported into your applications similar to the “normal” Java APIs. However, you should always be wary of third-party creations and be sure to do your research before incorporating anything non-Java created into your new program.

To read an API is a simple task. Once opened, the first window of the API is all its components—its classes and packages. Once you select and click a package, a window opens to reveal all of the interfaces and classes included in that specific package. There is also a section that displays all the possible API packages, as well as a help menu if you need assistance navigating.

The key to a successful Java app is the implementation of the right APIs. Hopefully, this gave you some insight into the usage and terminology of Java API packages and classes.