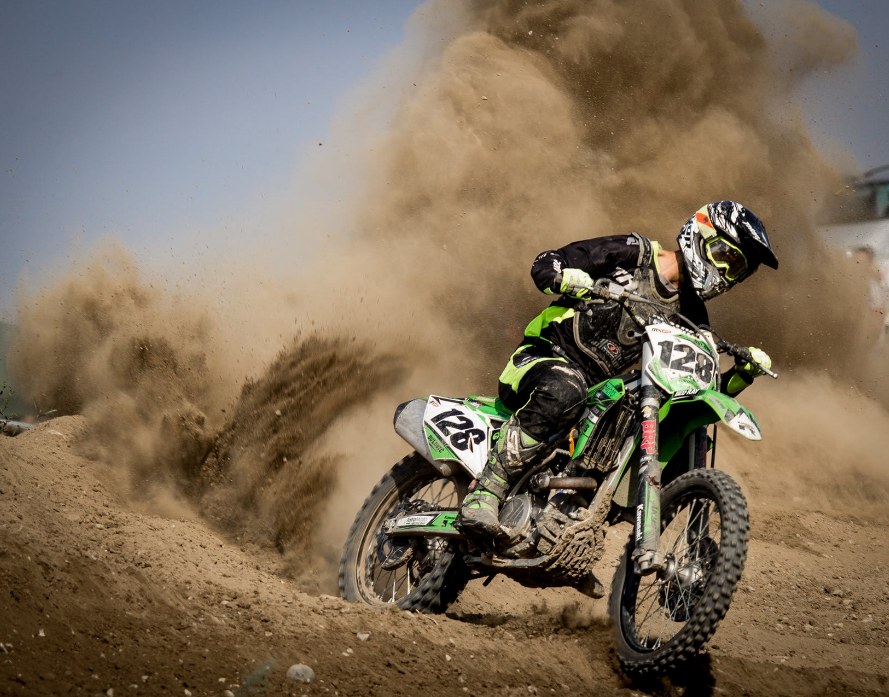 In racing, there are specific rules one must follow. Whether you own a dirt bike or motocross bike, you have to choose an identification number. This is one of the significant rules for most racing clubs in America and beyond; as a biker, you have to own a unique number and show it as a decal on your bike! 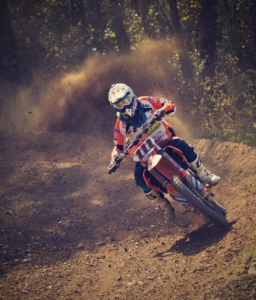 These numbers do not only serve as a means of identification. They usually hold significant meaning in the lives of bikers and racers. Most times, you will discover that people use their birthday, birth month, marriage or anniversary dates, and many other relevant numbers to complete bike numbers which are a prerequisite for registration in bike clubs and racing associations.  But there's another aspect of these numbers on dirt bikes and motocross bikes; there are letters to them. Some race clubs and associations allow for letters immediately after numbers. For example, you'll find some number's letters in the form of "767A" and many more. Contrary to popular opinion and knowledge, these number's letters are entirely meaningful. They are essential to the smooth running of a good amount of racing associations. For this reason, we have decided to explore the meaning of these number's letters and why they are essential. As a bonus, we'll reward you with a simple step-by-step guide on how to make the number's letter for your bike.

What do Number's Letter on Dirt Bikes and Motocross Mean?

In a bid to share the significance of the number's letters, we'll discuss its meaning, uses, and essence.

Among the various significance of number plates, we can say that the age group and class are the first we'll discuss. One reason by racing clubs and associations make use of these letters is to distinguish the varying age of their members. One underlying reason why this is so is that, these clubs what races to be as fair and equal as they can be. Most times, arguments may come up regarding the age of a member. Of course, it won't be a fair race if individuals of profound age margin compete on an outing. After all, factors such as experience, physical abilities, and strength may play a considerable role in determining who wins and loses a race. Now, how do these groups differentiate members of different ages with letters?  For example, riders between age 30-35 may be asked to use the letter "C" after their unique numbers. In the same way the youngest age group will have to use the letter "A" or any other letter that's chosen by the race organizers or the organization as a whole.  So, don't be puzzled when you find letters beside the number plates of your new racemate or your favorite biker. 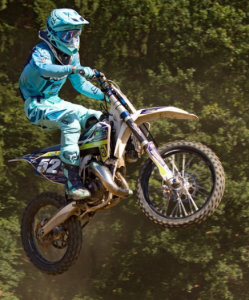 We must warn that this letter classification on dirt and motocross bike is usually not compulsory. As a bike owner, you can decide to go for these distinguishing letters or stick to the general ones that are typically required of you by your race club or association. As a personal preference, bikers and racers sometimes use a letter to showcase their gender. You can determine the gender of your co-race club member even if he or she is on the bike. Most times, women and girls add the letter "w" or "x" to show that they are of the female gender. On the other hand, men or boys use the letters "m" or "y" to disclose their gender. Like we've mentioned earlier, this is not compulsory, the people who do this do so for personal reasons and preferences. If you like the idea, why not go for it?

Another reason why race clubs hold letters with high regard is that they can come in handy when two or more members or races use the same numbers. It's an easy tie-breaker, especially if these individuals do not want to change their numbers! You really don't want to offend race participants and association members. Sometimes, two or more bikers hold the same set of numbers in high regard. It could be that they share the same birthday and have no plans of giving up that number. So, why race officials and organizations usually do is to add distinguishing letters at the end of such numbers. For instance, if two bikers want the number "545" and are not ready to give it up, you can add letters to such numbers. Let's say one can keep the number "545" with an "a" at the end, while another with a "b". So, the bikers will use "545a" and "545b." Easy peasy with custom mx graphics. 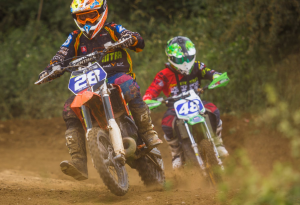 Of course, it won't be surprising to find out that race clubs or associations distinguish club members according to how far they have come throughout their membership. This grouping is not discriminatory at all; in fact, why most clubs do this is to ensure adequate growth of members. After all, it won't be right if all pros are taking the bulk of the attention and are winning all the races. Associations and organizers even create a tournament for newbies and juniors to monitor their progress; they later promote them when growth is noticed.  How do number's letters work in this aspect of classification? Since most bike clubs distinguish members into groups like senior, junior, intermediate, professional, and amateur, it is evident that the number's letter will be in that line.  What we are saying is that a biker in the senior class will have the letter "s" beside his or her chosen bike number. So, if Gabe ( a member of the senior team) has bike number is "34" his result will be "34s" Same goes for Mike who is a junior with bike number "22", he'll end up with "22j."

As an alternative to ordering custom numbers letters (which you should do so it meets the minimum level of standards), you can make numbers letter for your bike. You'll need to follow these steps perfectly to use them for races: Things you’ll need:

Now that you've figured out the meaning and uses of the number's letter, you can proceed to get the ones you like. The best part of it is that we've provided easy DIY tips on how to make easy and straightforward ones without lots of complications. Note that before you apply these homemade numbers and letter stickers or decals, you have to keep the proposed area of application clean and dry. Ensure there are no air bubbles, fingerprints, and hair strands. Do well to use less complicated graphics and allow your decal dry perfectly well. Once all these are in place, you are good to go! However, most custom made ones won't qualify to be used for races, so we recommend ordering them online at FoamCorePrint.